I really enjoyed The Nightingale, but it is a brutally uncomfortable film that I’m not sure I could watch again. It takes place in the early 19th century on a British penal colony, which is now Tasmania, off the coast of Australia. The film follows two main characters: Clare is an Irish young woman who has served her prison time and is ready for release, and Billy is a black Aborigine. The commander of the local settlement, Hawkins, refuses to release Clare, because he’s been raping her and forcing her to sing for entertainment for his troops. When she finally has had enough, she convinces her husband to leave the settlement with her, but Hawkins intercedes, killing both the husband and their baby. Hawkins then takes a few troops and heads cross country towards the only port on the island, in hopes of getting a promotion and leaving this place. Clare survives the last assault, and hires Billy to track Hawkins across the wild and dangerous jungle. The film takes place during the Black War, a time when most of the Aboriginal people of Tasmania were butchered by British soldiers (the war nearly wiped out the indigenous population of the island), and the movie doesn’t shy away from the brutality of the times. Clare and Billy are in constant danger of being caught and killed, she for being a runaway prisoner, and he for the color of his skin. The rape scenes, of which there are multiple, are tough to watch obviously, but they certainly add realism. You feel Clare’s plight and root for her, but the director (Jennifer Kent) subtly makes Billy just as big of a hero, even before the big climax. Tremendous acting from those two as well. I highly recommend it, but the squeamish may want to cover their eyes (and ears) at times. ★★★½ 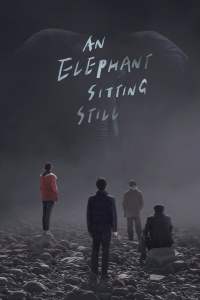 Simply wow. An Elephant Sitting Still is one of the deepest, most profound, most introspective movies I’ve seen in quite awhile. This Chinese film follows four individuals whose lives intersect, all lonely and dealing with terrible situations in their personal lives: a young man who pushed a bully down a set of stair, causing possibly fatal injury; an older neighbor of his who is getting shoved into a nursing home by his selfish children; a classmate with an alcoholic and abusive mother; and the aforementioned bully’s older brother, who watched his best friend kill himself after finding him in bed with his girlfriend. This four hour film follows these lives as they weave in and around each other over the course of a long day. For a good part of the film, our characters face tragedy after tragedy (the young man discovers his grandmother’s dead body, the old man’s dog is attacked by a bigger dog, etc.). Slowly, each individually hears of an elephant, previously part of a circus, which has sat in a neighboring town and refused to move. Whether it is pondering life or given up hope, no one knows, but our leads feel driven to get there and find out why. Each of our four main characters seems alone and apart from the busy world around them; with little music, we hear the city noise constantly, a steady drum of car beeps and construction is made all the more deafening when you don’t hear it for a moment. And the camerawork is incredible. It gets you into the character’s eyes, often sitting just behind them and watching their actions up close (purposefully uncomfortably so at times), with super-long shots that go on for minute after minute. The film is all about the main characters, everything else (scenery, other people) are off center and, often, out of focus. What was director Hu Bo, just 29 years old, trying to tell us? That we are destined to be alone, or that camaraderie can be attained? That hope can be found in the world, or that all is hopeless? Since he took his own life once the film was finished, and before its release, I think we know what his answer was. This is an astounding film. Its pace and length make it not for the faint of heart, but it is rewarding for those that appreciate art in film. ★★★★½

Hobbs & Shaw brings together two of the biggest stars of the Fast and Furious film franchise in a spin-off of their own. Dwayne Johnson and Jason Stathum are the eponymous duo, brought together to hunt down a deadly virus which can wipe out mankind, and is currently in the possession of Shaw’s badass sister. On the bad-guy side, Brixton (Idris Elba) want the virus too. The F&F films are always over the top, but also (almost) always highly entertaining; this film hits on the first part but unfortunately is exceedingly average on the second. The action scenes are intense and thrilling, and the banter between our two heroes, who can’t stand each other, is great, but there is a dull period for a good 30-40 minutes in the second half of the film that just doesn’t fit. I understand you can’t keep the action going for 2 hours straight, but maybe just cut the film down and stick with what works. It’s a decent enough film as far a spin-offs go, but let’s be honest, it’s a cash grab, and on that front, it definitely succeeded, making three quarters of a billion worldwide. Good enough to make another spin-off if they wanted. ★★½ 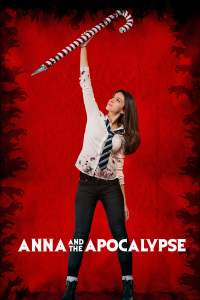 If you like a different kind of movie, it doesn’t get any more so than Anna and the Apocalypse, a musical/zombie film mash up. On its merits as a film by itself, it is just OK, but it is entertaining and does feature some catchy tunes for fans of the musical genre (though the gratuitous gore may turn some of those people off). In high school film standard, the movie follows a group of outcast friends dealing with bullies, parents, and teachers. They tip you off early on that this isn’t your standard high school movie though, while singing that this film isn’t going to have a Hollywood ending. Sure enough, the next day, the zombie apocalypse has hit, and hit quickly, and not everyone is going to survive. The cast, mostly unknowns, are actually quite good, and Ella Hunt in the starring role is the darling of the show. I give the filmmakers props for trying something different: it doesn’t always work, but there’s enough moments that do that it is worth a watch. ★★★

The King is a recent Netflix release, starring Timothée Chalamet as King Henry V and Joel Edgerton (who also co-wrote) as John Falstaff, and is based on the Shakespearean plays on this king and his father. “Hal,” as he is known to his friends, cares only for drinking and partying, and his father Henry IV, nearing death, is prepared to pass Hal and hand the rulership to his second son, Thomas. Henry IV has been fighting skirmishes for years with lesser English lords, anytime he sees a perceived slight, and in one such battle, Thomas is killed. Henry V becomes king and vows to put an end to those conflicts, and he does in his own country, but he is swept into renewed war with France when an assassin tries to kill him. His father Henry IV had been claiming kingship in France too, as part of the 100 Years War, and Henry V marches off to continue the conflict, with trusted captain Falstaff at his side. I usually think Chalamet’s acting is a bit wooden, even though he received a lot of acclaim for Call Me By Your Name (which I hated), and I wasn’t impressed again here, but Edgerton is good, and the cinematography and sets are amazingly detailed. It plays more like a period drama than a medieval war film, though there is plenty of sword fights, and overall is a better-than-average film in both regards. ★★★½

View all posts by jonsax201

One thought on “Quick takes on 5 films”

Enjoy my blog! It started out as a movie blog, then I worked my way through the “100 greatest English language books of the 20th century,” and now it is mostly all about movies again. I watch a fair number of newer and classic films, including a lot of foreign and art house movies. I try to be good about keeping movie reviews spoiler-free.

Search for a movie!