All American Bully is a crappy B movie, with the look of a film that was filmed by friends over a weekend on their home cameras. In its rawest form, it is a look at bullies in high school, but it is pretty severe, and the “twist” in the end is ugly and only there for shock value. It is a sick film with no value, take my advice and don’t waste your time.

Clouds of Sils Maria however is great. As much as a film can be pretentious, this one is (there are more fade to blacks than I can count), but that doesn’t mean it isn’t good. I just said in a review earlier this year how Juliette Binoche just does boring movies, and granted, this one isn’t for everyone, but it is thought-provoking, emotional, and stirring all the same. Binoche plays Maria Enders, a famous actress from film and stage. She grew to stardome playing a young manipulative character in both the film and stage production of Maloja Snake. 20 years later, she is now approached to play the older character, Helena, in a revival. Sigrid was young and brash, but Helena is dealing with her age and society’s changing look at her because of it, much like Maria herself. There are a million little nuances floated in this movie, such as the relationship between Sigrid and Helena mirroring Maria and her assistant (played by Kristen Stewart), as well as Maria and the “new” Sigrid (Chloe Grace-Moretz). In the movie, Maria makes a firm point of showing she is a “serious” actress and looks down on “hollywood” films as beneath her, especially at this point in her career, so perhaps it is a peek at Binoche’s views as well, who seems to do 10 small independent films for every big-budget she is involved in. Sils Maria is extremely well acted and though it forgives Maria her faults while inspecting everyone else’s, it is still a pleasant film.

Liam Neeson’s hard-edged good guy (or bad guy with good intentions, as in this movie) is starting to get a little old. He plays some version or another of the same character in all of these movies, to the point that you wonder if you’ve seen this one before. In Run All Night, he plays a former enforcer that got out of the game long ago, but is dragged back in when his son is targeted by his former employers. Trying to protect his son, he handles all the bad guys that come their way. Heavy on the action, light on the plot, there is nothing very memorable about this one, but it can be a decent deversion for action movie diehards. Of course the ending is thoroughly predictable, but that never stopped a good action movie anyway.

While last year’s Unbroken got a lot of press (though it was not as good as the hype), ’71 is Jack O’Connell’s “other” military-esque movie that came out last year, and it is the one you should have seen instead. In it, Jack plays a young British soldier trying to keep the peace against the IRA seperatists in unstable Belfast, Ireland, in 1971. He is seperated from his troop during a gun raid, and has to spend the night on the run from multiple groups that want to either kill him outright, or capture him as leverage. He finds friends in unlikely places, and ultimately sees that the sides of the conflict are not as clearly drawn as he first thought. O’Connell is great in it; the movie is tense, a great action film, but with excellent acting as well. 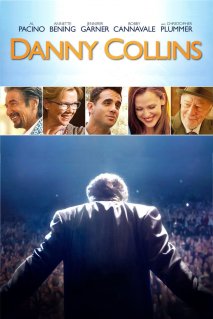 I had to think twice about Danny Collins, but ultimately decided from the synopsis that I should give it a go. I’m not an Al Pacino fan, generally I think he is about as overrated as they come. Not a bad actor by any stretch, actually very good to brilliant in many films, but his fellow actors fawn over him like the second coming. Anyway, that initially kept me from this film, but I’m glad I went for it. He plays Danny Collins, a huge mega-rich rock star now advancing to his older years, stuck playing hit songs from his youth to an increasingly older audience. The movie prelude shows him as a young man just getting into the music business, and during an interview, the interviewer says he knows he will blow up and be huge, and that his writing and style reminds him of John Lennon. Little did Danny know, but Lennon heard about the interview and wrote him a letter, which Danny never got until decades later. Upon finally seeing it, he decides to take his life in a new direction. He dumps his 30 something year old girlfriend, gives up cocain, and drives to Jersey to reconnect with his son, who he has not had any interaction with for all of his life. There are many things going on with his son’s life, the least of which is his pent-up anger at the father he never knew. The film does try awfully hard to get you to the edge of emotion, with varying levels of success, but it is a great film about redemption, and the promise that it is never too late.

View all posts by jonsax201

One thought on “Quick takes on 5 films”

Enjoy my blog! It started out as a movie blog, then I worked my way through the “100 greatest English language books of the 20th century,” and now it is mostly all about movies again. I watch a fair number of newer and classic films, including a lot of foreign and art house movies. I try to be good about keeping movie reviews spoiler-free.

Search for a movie!

The beginning of it all!
First year wrap-up
Taking a break
Blog migration & Searching
Moviepass closes
I saw 365 movies in a year!
I read 100 books!
1500 movies blogged
Follow Jons Movie Takes on WordPress.com
<span>%d</span> bloggers like this: